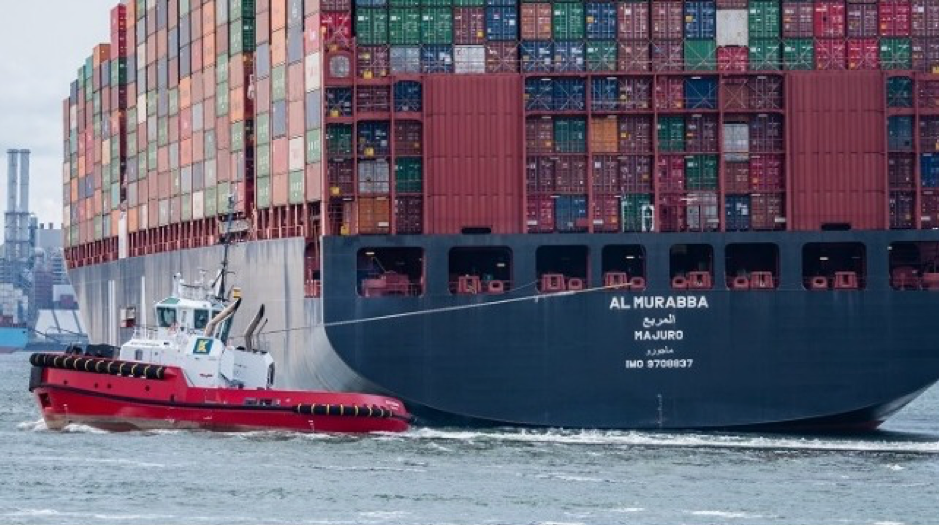 The tug’s towing equipment is the crucial link between tug and ship for transferring the forces generated by the tug to the ship. The link consists of various elements which differ by tug.

These elements are in the simplest versions just a towing bitt and towline or a somewhat handier equipment a towing hook and towline.

On most tugs following towing equipment can be found:

Each element should be strong enough or designed in such a way that it can cope with the forces generated in the towline. A further crucial aspect is the towing point, the point where the towline goes directly to the ship, and more precisely the location of the towing point which depends on tug type and operating mode.

All these elements are discussed in detail in Section 7 of the book Tug Use in Port, including new developments and emergency release systems.

The most crucial link between tug and ship is the towline. When the towline parts the ship loses assistance of the tug. Depending on when, where and under what conditions of wind and current it happens, this puts the ship at risk. It should be avoided by paying careful and continuous attention to the quality and strength of the towline.

A most important aspect is the safety factor which usually lies between three and four times the bollard pull for harbor tugs. A smaller safety factor increases the risk of parting, in particular with steep towlines and in wave conditions.

Another very important aspect is the stretch of a towline. Steel wire towlines were used up till about 15-20 years ago, although they can still sometimes be found on a number of tugs. The lack of stretch of a steel wire towline was often a problem for harbor tugs. This was compensated for by a stretcher, which absorbs the high peak loads in the towline.

After the steel wire towlines conventional fibers were used for towlines, such as polyester, polyester/polypropylene, nylon, etc. The advantage was that such towlines were handier, had lesser weight and had much more stretch than a steel wire towline.

However, with the introduction of modern HMPE fibers for the towlines, the problems of hardly any stretch and consequently high peak loads in the relatively short towlines of harbor tugs were back. Various methods are used to introduce somewhat more stretch, such as for instance pennants made of nylon or polyester.

Modern winches have load reducing systems. The line tension can be set between a maximum and minimum value, e.g. between 20 and 60 tons. The question is, however, whether the towline load measuring system and the winch are fast enough to react adequately to peaks in the towline. If not, high loads will occur again which could damage the towing winch, fairleads and ship’s deck equipment.

With respect to render-recovery winches a further aspect requiring attention is the friction in the towing staple and the consequences of it.  Please see:  http://www.imcgroup.nl/downloads/Towline_Friction_and_its_Consequences.pdf

This is just one side of the story. The other side is that strength of present deck equipment on ships to be assisted by tugs is often not strong enough to cope with the high forces generated in the towlines by the present powerful tugs. Therefore, rules and regulations should be made in line with current practices.

In addition, with the coming of fibers for towlines, the towline market has become rather complicated. Various rope types are on the market, all with different characteristics and different brand names. Much knowledge and experience is needed to find the correct type of towline for tugs and their working conditions.

This and much more, such as emergency towing equipment, is dealt with in section 7 of the book Tug Use in Port. The large-format hardback book is illustrated with a wealth of detailed diagrams, graphics and photographs. The book can be ordered at a price of €45 at The ABR Company Limited www.tugandosv.com